Maggie is an elderly, homeless bag-lady, badly and dirtily dressed.  She pushes a battered pram or supermarket trolley in which are black plastic bags containing all her worldly possessions.  She crosses to the bin and begins to sort through it, puts a few bits into a plastic bag then picks up some cigarette stubs from which she starts to collect what tobacco is left.  She pauses, turns to the audience, glares at them then speaks in a strong Northern Irish accent. 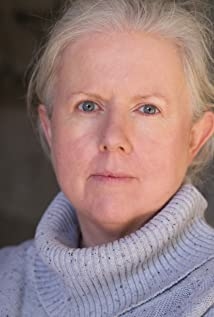 And what the fuck are you lot looking at?

[She returns to her collecting for a moment and then looks back at the audience.]

Still there?  Suit yourselves.

[ she takes out some cigarette papers and begins to make herself a cigarette.]

You know, I’ve a good mind to go back.  Go back and find him and do for the bastard. The bastard.  She was doing no harm was she?  Just sitting with her little girl.  All she wanted to do was sit and drink her tea.  But would the bastard let her?  Not he.

[at some point she finishes her cigarette and lights it]

I’ve seen him, round the place, you know, here and there, I know him.  Nasty piece of goods.  Swears something terrible.  And too fond of the drink.  But look at me, who am I to talk?

And shouts in the street at any black face that’s not big enough to shout back.  Who the hell is he to barge in and pretend he’s so high and fucking mighty?  Look at me. Not the Queen of Sheba am I, but I’m as good as him and better any day.   And if he’s such a class act how come he uses that cafe.  Your man gets nothing but shite in there and that bastard’s the biggest shite of the lot.  He likes to think he’s above us all, better, got a job and money in his pocket.  But he’s no more than an ignorant, bloody shite.

He saw her as soon as he came in.  He knows her of course, everybody round here knows her.  He goes up to her, “Come on you, fuck off the pair of you.  We don’t want your sort in here, fucking bombers”  that’s what he shouted at her, in front of her little girl. “We don’t want terrorist fucking bombers in here.”

Anyway, it was nothing to do with me, was it?  Not until I thought he was going to grab her and the kid and throw them out and, well, nobody was doing anything.  Your man stood behind his counter reading his paper and the two other men there just pretended it wasn’t happening.  And then I thought.  She wasn’t the bomber.  That was her son.  He was the bloody terrorist.  He was the one who blew himself up.  That fucking bastard was just using it as an excuse to stand there and give it to her because she was a woman and because she wouldn’t stand up to him.

So I got this out and went over to him.  “Come on, you bastard,” ses I, “throw me out with her and the kid.  And if you try it you’ll get this in your belly”.

He looks at the blade, then at me and he sees that I’d do it.  And I would, I’d have stuck the bastard.

You know what he said?  You know what the snivelling little bastard said?  “I’ll call the police.”  And that’s the God’s truth, “I’ll call the police.”  I laughed in his face.  “Call the fuckers, says I, and then, if you can, call an ambulance, not that it’ll do you any good.” The weak little shite gives me a look and then tells me he’ll get round to me one day.  “Do so,” ses I, “I always have it with me and I’m always ready to oblige a gentleman.”  And the cowardly shite looks around and then buggers off.

When he’d gone I looked down at her and I see she was crying, then she looks at me and says, “Thank you.”

“Keep your thanks,” ses I, “I didn’t do it for you.  Why should I let the likes of him come in here to shout the odds, throw his weight about and spoil my fucking elevensies?”

She still looks at me and her kid is holding onto her and crying and I thought, sod it, it’s fuck all to do with me, all I want is a bit of peace and quiet while I drink me tea.  I set to go back to my table and she puts her hand on my arm.  “He was my son.  Whatever he did, he was still my son.  Are you a mother?  If you’re a mother you will understand.  He was my son.  I loved him and he loved me.”

“So he was your son and he loved you, great.  But he was still a fucking terrorist and a useless one at that or he wouldn’t have blown himself up would he?”.

Then I left her.  Let the silly cow learn to take care of herself and her kid I thought.  What is it to me if she lets herself get trampled on?  If she can’t fight back then… then… ah, fuck them all.  What is it to me?   Am I a mother?  What a question?  Do I look like a fucking mother?

And what if I am?  What is it to me if he blew himself to bits trying to blow up some other poor innocents.  Good riddance say I.  Serves the terrorist bastard right and I hope he rots in hell.

Am I a mother?

But I understand.  Oh I understand alright.  It’s the men isn’t it?  Always the men.  They take our sons from us.  They fill them full of lies and hate until they have them like they want.  Then they give them a gun or a bomb and tell them, “It’s for the cause, Mickey, for freedom, for justice, for a united Ireland.  You’re doing it for Ireland.”

Oh I understand alright.  I was a mother and I had a son, so I understand.  Ever since they came and told me he was dead, killed trying to free Ireland, I’ve been doing nothing else but understand.

[long pause then glares out at the audience]

And what the fucking hell are you lot looking at?  Go on, fuck off.

[pulls out the knife]

I can take care of myself.  No bastard is going to push me around, understand?

Oh I understand alright.  I was a mother.  I had a son and I loved him and he loved me.  I understand.

And look at what it did to me.